Twitter is hosting its Digital Content NewFronts tonight, where it’s unveiling 30 renewals and new content deals — the company says that’s nearly twice as many as it announced last year.

Those include partnerships with the big players in media — starting with NBCUniversal, which will be sharing live video and clips from properties including NBC News, MSNBC, CNBC and Telemundo.

Twitter also announced some of the shows it will be airing as part of the ESPN deal announced earlier today: SportsCenter Live (a Twitter version of the network’s flagship) and Fantasy Focus Live (a live stream of the fantasy sports podcast).

Plus, the company said it’s expanding its existing partnership with Viacom with shows like Comedy Central’s Creator’s Room, BET Breaks and MTV News.

During the NewFronts event, Twitter’s head of video Kayvon Beykpour said daily video views on the platform have nearly doubled in the past year. And Kay Madati (pictured above), the company’s head of content partnerships, described the company as “the ultimate mobile platform where video and conversation share the same screen.”

As Twitter continues to invest in video content, it’s been emphasizing its advantage in live video, a theme that continued in this year’s announcement.

“Twitter is the only place where conversation is tied to video and the biggest live moments, giving brands the unique ability to connect with leaned in consumers who are shaping culture,” said Twitter Global VP of Revenue and Content Partnerships Matthew Derella in a statement. “That’s our superpower.”

During the event, Derella also (implicitly) contrasted Twitter with other digital platforms that have struggled with questions about transparency and whether ads are running in an appropriate environment. Tonight, he said marketers could say goodbye to unsafe brand environments and a lack of transparency: “And we say hello to you being in control of where your video aligns … we say hello to a higher measure of transparency, we say hello to new premium inventory and a break from the same old choices.”

On top of all the new content, Twitter is also announcing new ad programs. There are Creator Originals, a set of scripted series from influencers who will be paired up with sponsored brands. (The program is powered by Niche, the influencer marketing startup that Twitter acquired a few years ago.) And there’s a new Live Brand Studio — as the name suggests, it’s a team that works with marketers to create live video. 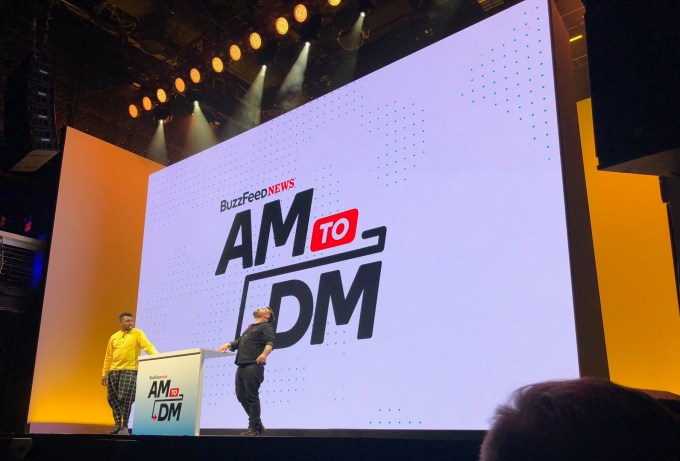 Here are some other highlights from the content announcements: