Facebook is recruiting help to make its Stories more interesting than Snapchat’s. Starting with Spotify, SoundCloud, and GoPro, third-party apps can now let their users share to Facebook Stories and Instagram Stories. Rather than screenshotting, users will be able to hit a button to share a photo or video of a playlist, song, or mini-movie from another app into Facebook or Instagram’s Stories camera, where they can embellish it with effects and post it to their friends. GoPro’s integration actually lets you edit your movies inside Facebook’s apps, while you can immediately start listening to songs shared from Spotify and SoundCloud. 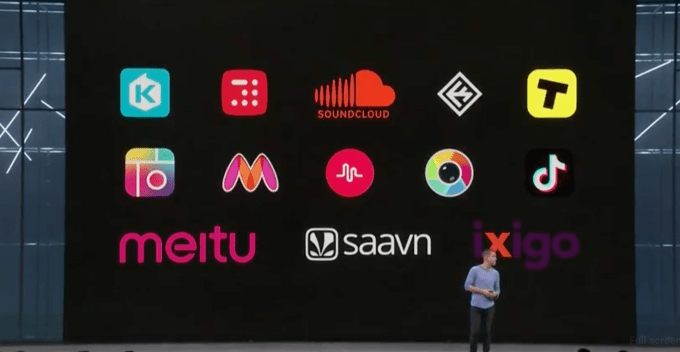 While this new wing of the Facebook platform is opening to all developers, only approved partners that go through a review process like the three mentioned will have attribution watermarks added to the shares.

This platform move mirrors what Facebook did with its Open Graph launch 7 years ago at F8 2011. That let developers push stories about your in-app activity to Facebook’s ticker and News Feed. Eventually Facebook dropped the Ticker and phased out these Open Graph auto-shares in favor of explicit sharing where the user is in full control. Facebook is taking this more cautious approach with Stories too rather than make users worry their guilty pleasure listening or private imagery could be unknowingly shared to their Story.

The plan deviates significantly from Snapchat’s strategy, which has shunned third-party developers like music video-maker Mindie in the past. Now Snapchat lets developers create augmented reality lenses and geofilters that users can unlock, but the content creation happens in Snapchat’s app. Facebook hopes that by recruiting developers and getting them to build special content users can share to their Stories, it will avoid the feature growing stale from the same old selfies and sunsets.